Since becoming a professional actor and performer, it has always been my goal to be one of the busiest people in this industry.

My latest acting work includes international and demostic projects in movies and television for some of the top film and TV companies in the world, including VIVA Entertainment and ABS-CBN in the Philippines, Netflix and the WGN Network in the United States.

In music, I currently host one of the top Philippine music authority online shows. As a recording artist, the YouTube streams for my band's single is currently at 4.1 million and growing. As a DJ, my residency is at the largest and most technologically advanced clubs in South East Asia. 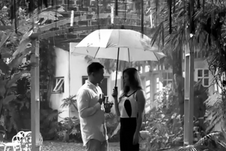 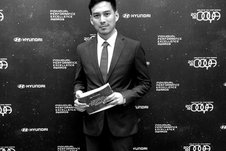 With over 20 years experience in the entertainment industry, I have been able to carve out a career that has kept me relevant and involved in many parts of the industry- on screen and off, as a headliner and support, both on the stage in behind the scenes.

In the late 90s and early 2000s, my career started in music. After auditioning for American Idol, and releasing music independtly in the United States, my career took me to the Philippines, where I found my way into the top talent pools of one of the top TV, film, and music companies in the region.

My experience there created opportunities to explore other aspects of entertainment such as acting on TV and film.  Today I am continuoulsy working as actor, still making music as a recording artist, hosting shows and events, and have even built a career in the club scene as a DJ.

Behind the scenes, I am the part owner of an artist management company with a talent roster of artists from the Philippines and around the world, including the UK, USA, South Korea, and Singapore.

If you'd like to collaborate, or work on an amazing project together, I hope to hear from you!